Quiet Condo On the Atlantic Ocean

Distance to beach: 0.0 miles to On site private beach

Bright, cheery and recently renovated can we say more! Beautiful second story condo that is a very short walk to the ocean or the pool with two large bedrooms and two full baths with an abundance of closet space. Our condo has a split bedroom plan. The master bedroom has a California king-size bed. The ...

"We really enjoyed our stay!"

This was our first stay at Ocean Village but it won't be our last, Larry and Lynn have a beautiful home right next to the green on the sixth hole of the golf course. We enjoyed two of the many pools ...

2 bedroom 2 bath waterfront condo on the beach at Ocean Harbor South on Hutchinson Island, Florida. Month-to-month availability in this gorgeous gated property with beautiful pool and clubhouse with all the amenities. Bright and relaxing interior with 1 king sleep number bed and 3 twin beds, tile floors, ...

The place was fabulous. Weather was great. So much to do in the area. Enjoyed our time there and hope to come back

Distance to beach: 150 yards to Across the Street!

2 BR, 2 bath oceanfront condo –unobstructed view of Atlantic Ocean from the condo balcony with fabulous sunrises over the ocean and breathtaking sunsets over the inter coastal waterway from the entry walkway.Condo complex - Ocean Harbour North -~ 10 mi south of Vero Beach and 7 mi north of Ft. ...

I will be back for another stay here. The location is perfect, the condo is perfect, and the wonderful folks who own it provide everything you need to have a memorable vacation.

Beautiful House across from the Beach

Distance to beach: 0.1 miles to Holiday Out Beach

Furnished 2 bedroom / 2 Bath ready to move-in seasonal rental. Both the living room and master bedroom have stunning, unobstructed ocean views. Just sit and relax in the living room with ocean views as far as the eye can see or wake up to gorgeous sunrises over the ocean's horizon from a large master ...

6th floor condo with ocean view from living room and master bedroom! Ocean facing balcony. Golf course view from kitchen and guest bedroom. Golf course is across the street and tenants have golf privileges. Two pools with resort atmosphere, and private access to the beach! World class dining in ... 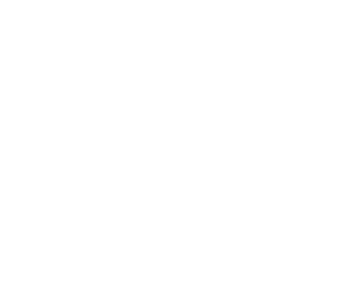 Hutchinson Island is a barrier island in the middle of the Treasure Coast of Florida, stretching a narrow 23 miles through both St. Lucie and Martin Counties with the Atlantic Coast on the east and the Indian River on the west. Hutchinson has been long offered an array of outdoors adventures from snorkeling and sunbathing, to hiking and horseback riding.

When staying in one of our Hutchinson Island vacation rentals instead of a traditional hotel, you’ll have much more space and privacy, plus cost savings when booking a property for a large group. Some of our rentals even come with special amenities like a backyard pool, washer/dryer units, and bicycles. Whether you’re looking for a beach condo with amazing views, or a larger home for space for the entire family, you can find it on our site.

Hutchinson Island is an hour north of West Palm Beach and a short 15 miles from Stuart, but feels a whole world away. Much of the area remains in a natural, wild state with 20 miles of sandy beaches that are as serene as they are pristine. You don’t have to pay for parking at any public beach and the area isn’t sculpted by endless privacy hedges or high rise buildings like other area islands.

The people are all friendly, courteous and very laid back. You will often see people strolling the beach with a glass of wine. While Hutchinson Island is probably one of the most beautiful places in Florida, it may also be one of it’s best kept secrets.

Like all of Florida, this island is beautiful year round! This area features a humid subtropical climate, with hot and humid summers and warm, sunny, and dry winters. The average annual temperature is 73 °F, with an annual high temperature of 81 °F and an annual low temperature of 64 °F. Chances are strong you’ll be able to lay out, get out, and enjoy all the outdoor activities offered here.

Don’t forget to bring your sunglasses and sunscreen. At the best Hutchinson Island cottage rentals they may even provide these amenities for you!

If you love adorable sea turtles, and you especially love respecting their environment, Hutchinson Island is the place to be. From April-September every year, loggerhead turtles flock to this island to nest. Five species migrate here, in fact, and they are allowed to nest under the watchful eye of professionals. You can wake up and see the turtle tracks from outside your beach vacation rental!

Stop in to the House of Refuge, which is a national historic site for shipwreck survivors and it also happens to be the oldest structure on the Treasure Coast. Try riding horseback on the beach with one of the many tour operators in the area.

Located on the north end of Hutchinson Island, The Smithsonian Marine Station is actually a satellite facility of the Smithsonian Institute in Washington, D.C., drawing scientists from around the world to investigate the plants, animals, and physical processes in the ocean and Indian River Lagoon. With a small aquarium facility open to the public, this hidden gem features a dazzling display of local wildlife and touch tanks. In fact, the living reef exhibit is actually set in a tank that was originally in the Smithsonian’s Museum of Natural History in our nation’s capital. Cool, huh?

Warm water abuts the island in many places. Try swimming at Bathtub Reef Beach where honeycomb structures poke out of the lagoon at the southern end of the island. These reefs are built by a type of worm that cements together sand and shells. The protected lagoon is perfect for swimming at low-tide, which makes it a great family activity for those with small children. Go ahead and explore, the water is remarkably warm!

History and culture are abundant at the newly-renovated Elliott Museum. The mission of the Elliott Museum is to inspire creativity through exhibitions and programs about art, history and technology for the people who live in and visit the Treasure Coast.

Also, don’t forget that Hutchinson Island is close to nearby communities of Stuart, Jensen Beach, and Fort Pierce. Each of which has plenty to see and do within.

Why you should book a Hutchinson Island home on FloridaRentals.com

Booking a Hutchinson Island vacation rental on FloridaRentals.com can save you up to 15% over our competitors. Plus, we have a wide array of inventory appealing to any group size or traveler tastes. Happy planning!