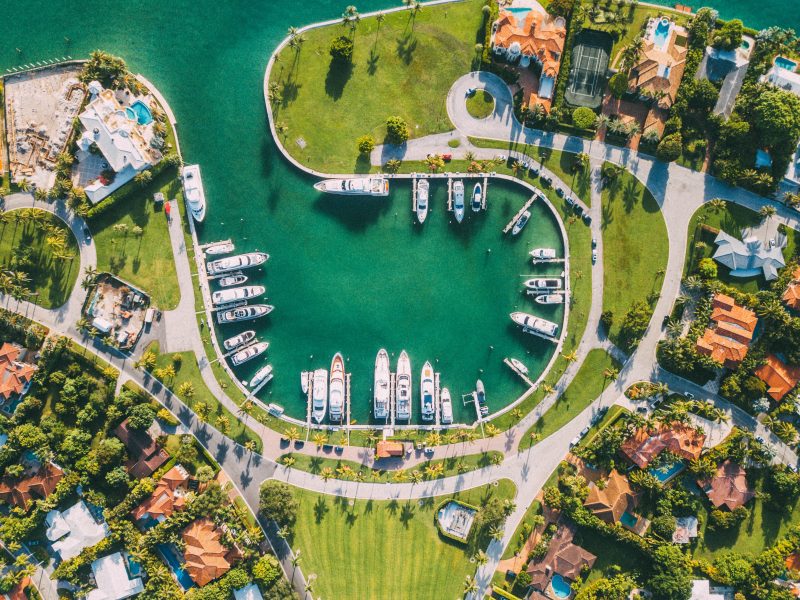 Miami swells and pulses with sights, sounds, and smells. From sunny South Beach, to luxury shopping, to professional sports and some of the southeast’s prime dining. It’s one of the top tourist destinations in Florida, and all of the United States.

There’s so much to see and do here, it’s difficult to narrow things down! That’s where we come in. We’ve nominated a list of 11 activities, eateries, and attractions that are must-dos next time you’re in Miami. Some you’ve clearly heard of, others are more hidden gems, but all of them are worth your time.

So read on and start planning your next trip — and if you need lodging, book a Miami vacation rental to save money and gain so much more space & privacy over a traditional hotel.

In their own words: Up here on the 16th floor of Miami’s Kimpton EPIC Hotel, Area 31 has an enviable panoramic view of the glittering waters of the Biscayne Bay and Miami River. Passionate about sustainability, Chef Alex blends his international culinary expertise with products from local farms and ranches to create an experience that’s casual and elegant all at once. With innovative cocktails crafted to match Chef’s seasonal food, our Brickell bar attracts a bubbly crowd at happy hour and beyond, taking Miami social life to soaring new heights.

In their own words: American Social “AMSO” offers an upscale, yet casual dining experience. A high-energy sports bar and music-centric restaurant & bar that offers an award-winning menu and entertainment unlike all others. We’re a place where friends come together and great memories are made. Where your favorite all-American food cravings are satisfied, great music fills the air and all the big games can be enjoyed with your friends and fellow fans.

In their own words: Zoo Miami (also known as The Miami-Dade Zoological Park and Gardens) is the largest and oldest zoological garden in Florida and the only sub-tropical zoo in the continental United States.

The unique climate in South Florida allows us to keep a wide variety of animals from Asia, Australia, and Africa, representing a broad mix of species that is unlike any other zoo in the country.

In their own words: The books are coming.

And the readers and writers will follow, as they do by the hundreds of thousands every year for the Miami Book Fair International, an eight-day literary party in November.

The Fair will open Sunday, November 11 with the popular Evenings With… series, featuring six nights of readings and discussions with noted authors from the United States and around the world.

On Friday, the Street Fair gets under way. The highlight of the Street Fair is the Festival of Authors, with more than 450 authors reading and discussing their work, including the Latin American and Spanish authors who participate in the IberoAmerican Authors Program. Thousands of South Florida schoolchildren will help kick off the Street Fair, making the trip downtown Friday to hear authors and participate in Children’s Alley activities, including theater, arts-and-crafts, storytelling and readings by children’s book authors. Comics and graphic novels are once again featured, and a new section just for kids and teens, as well as presentations over the weekend by renowned graphic novelists and illustrators.

During Street Fair weekend, November 16-18, more than 250 publishers and booksellers exhibit and sell books, with special features like the antiquarians, who showcase signed first editions, original manuscripts and other collectibles.

The first Miami Book Fair, founded by Miami Dade College and community partners, took place in 1984. Since then, it has been recognized as the nation’s finest literary festival.

In their own words: From initiating Christo and Jeanne-Claude’s iconic Surrounded Islands public art installation in 1983 to becoming a collecting institution in 1994 to reopening in Museum Park to international acclaim in 2013, the institution has made a lasting impact on the city’s cultural history, helping make Miami the international art capital it is now while serving as inspiration for untold numbers of people across the entire spectrum of the South Florida community.

In their own words: Aqua’s unique environment – in a classic South Beach hotel with spacious exhibition rooms that open onto a breezy, intimate courtyard – has become a favorite gathering spot for collectors, curators and art lovers to discover fresh talent and acquire new works while exchanging cultural ideas and forming meaningful connections.

Aqua Art Miami, which will kick off with a VIP Preview on Wednesday, December 4 and open to the public December 5 – 8, has become the premier destination for prominent collectors and art aficionados to procure works by young, emerging and mid-career artists. Throughout the years, Aqua Art Miami has continued to solidify itself as a completely unique art fair, consistently staying true to its signature relaxed yet energetic vibe. The 2018 edition featured 52 international exhibitors showcasing fresh new works, and set in the intimate exhibition rooms that open into a beautiful courtyard, all within a classic South Beach hotel.

In their own words: HistoryMiami Museum, a Smithsonian Affiliate,  safeguards and shares Miami stories to foster learning, inspire a sense of place, and cultivate an engaged community. Through exhibitions, artistic endeavors, city tours, education, research, collections and publications, HistoryMiami Museum works to help everyone understand the importance of the past in shaping Miami’s future. HistoryMiami Museum connects people by telling the stories of Miami’s communities, individuals, places and events.

In their own words: Fairchild is dedicated to exploring, explaining and conserving the world of tropical plants. We are one of the premier conservation and education-based gardens in the world and a recognized international leader in both Florida and international conservation. Currently Fairchild has field programs in over 20 countries including support to protected areas in Madagascar and Africa and botanic garden development and renovation projects in South and Central America, the Caribbean and the Middle East.

With 45,000 members and over 1,200 volunteers, Fairchild plays many roles, including museum, laboratory, learning center and conservation research facility, but its greatest role is preserving biodiversity, which the garden’s scientists, staff and volunteers all contribute to on a daily basis. In 2012, Fairchild also became the home of the American Orchid Society.

In their own words: The Phillip and Patricia Frost Museum of Science is a leading science museum dedicated to sharing the power of science, sparking wonder and investigation, and fueling innovation for the future. Located in Downtown Miami’s waterfront Museum Park, Frost Science is divided into four buildings: the Frost Planetarium, Aquarium and North and West Wings.

Here, guests can hurtle through space in a planetarium equipped with a 3-D 8K visual system—one of only thirteen like it in the world, come face to face with sharks in our three-level aquarium and experience the marvels of science all on one dynamic campus. When you visit, you will learn about the core science behind living systems, the solar system and known universe, the physics of flight, light and lasers, the biology of the human body and mind and much more.
Guests can explore the world of science, technology, engineering and math (STEM) in an experiential setting with interactive exhibitions and unique shows. Frost Science is also dedicated to education, earning national awards for its summer camps and after-school programs.

In their own words: SWEAT RECORDS is Miami’s indie music store, coffee shop, and event space. Located next door to the legendary local punk venue Churchill’s Pub (est.1979), Sweat is much more than just a music retail spot.

The future is wide open and the Sweat team is committed to their goals of supporting the local cultural community and being the world-class indie record store the city deserves.  Sweat loves Miami and is proud to be a part of such a unique and kick-ass scene.

In their own words: The Craft Beer Market is located in the Wynwood neighborhood of Miami, Florida. Owners Nicole and Adam Darnell utilize their years of experience to present a wide selection of American craft and Belgian beers along with a strong programming and event calendar that includes tastings, guest speakers as well as food and beer pairings.

Hi, I'm Paul, I'm a travel writer and I love everything about the salt life. I grew up in the northeast, but we visited family in Florida often ... and I was hooked! I've been writing about the Sunshine State for two decades. I enjoy helping travelers find the best places to stay, to eat, and to play in Florida. 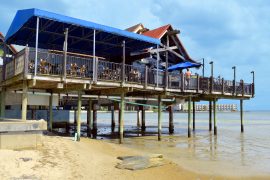 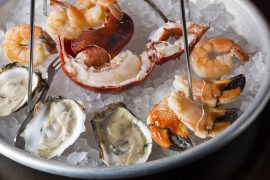 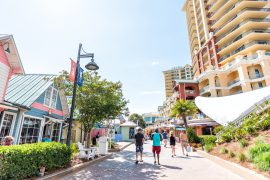