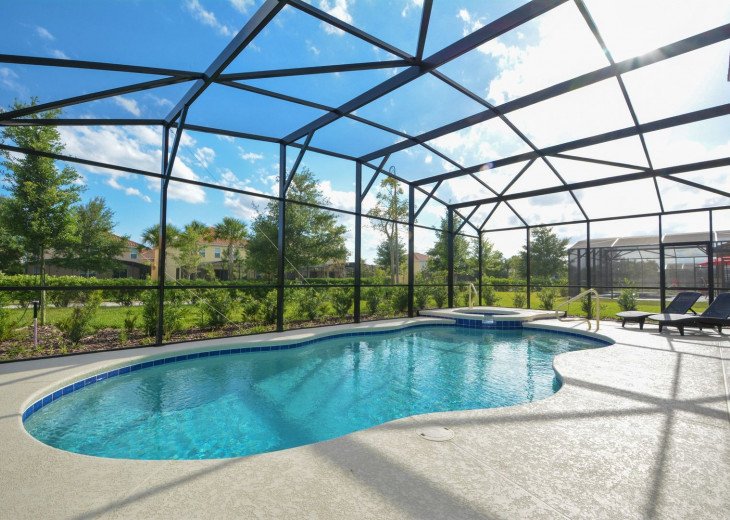 from 3 reviews
Write a review

We had a wonderful time can't wait to visit again. I believe the kids favorite part was the pool. They did not want to leave..

Thank you for your review! We are so pleased you enjoyed this home on your vacation. It was a pleasure helping you and we look forward to being able to help you again with your Disney area vacation needs.We truly appreciate your business.Celebrating our 23rd year renting amazing vacation homes in the Disney area! Thank you to our wonderful guests!Thank you and kind regards, Jeanie and Bernie Scarpa

Had an amazing time at this beautiful villa, could not have wished for better. Hosts were extremely helpful and responded so speedily I couldn’t believe it! We will be back!

We are so happy that you enjoyed your stay in this home! Please keep us in mind for your future Disney area vacation home or cruise needs! We appreciate you taking the time to review this home.Kind regards, Jeanie and Bernie Scarpa

Arrival and entry to the house was without any issues. As per the agreement I did an inspection of the home and found in the entrance to the garage/games room the carpet flooring was soaked with water. It appeared the A/C air handler unit was leaking water. No inconvenience to us but I called the management company and they had someone come fix the leak and clean the carpet within a couple hours. The house was clean and no other issues found. Our stay was for 12 days and during that period we had called the management company for two other reasons. Once to supply us with lounger chairs because there was only one on deck that was weathered and torn and it was replaced by two others that afternoon. On three other occasions we called to have one of the video games "fixed" in the games room. Apparently, one of the machines would reset and require coins when it would display an error code and power was turned off (or due to repeated noise it made at night it was also turned off). The manage company responded quickly and would fix it but it happened so often we just didn't bother anymore. The house is facing South but the pool and deck are not. We would like to swim and relax during the evenings after our days at the parks, the deck area would fall into shadow long before the sun was set and the air would cool quickly. We should have opted for pool heat even during the end of April beginning of May.We found the house was well located and driving to Universal Parking was under 40min even during traffic, Magic Kingdom under 30min and Animal Kingdom under 20min. This usually included our routine stop for coffee en-route. The house was clean ' along with the pool, and well laid out which provided us with privacy during our down times. There were plenty of restaurants/ dining choices close by, within 15 min. Also, supermarkets within 15 min in order to buy food, snacks or supplies.Overall we would stay here again and definitely recommend it to others.

Hi Jon,Thank you for taking the time to review this home. We are sorry about the issues you had and hope they were not too much of an inconvenience.Please keep us in mind for your future Disney area vacation home or cruise needs!We truly appreciate your business.Jeanie and Bernie Scarpa

Was this review helpful?
3
Yes
0
No